Although the New Year's Day holiday in 2016 did not achieve free high-speed passenger cars with less than 7 seats, some popular high-speed sections were still blocked as parking lots, but most of them improved overall. Many travellers claim that after ETC realized the nationwide network, using the ETC channel to pass through high-speed toll stations has reduced the interruption time by more than 10 seconds, which has also become a major reason for reducing high-speed congestion. 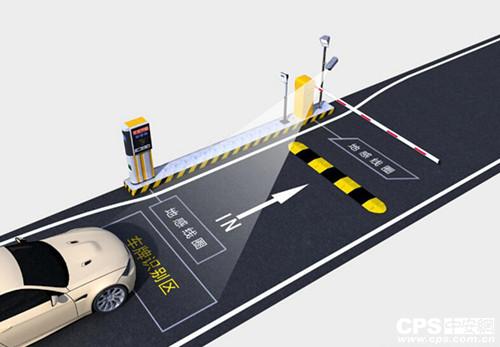 Compared with the traditional RF card swiping management system, the biggest advantages of the automatic license plate recognition system are: first, it can completely realize non-interference and non-parking traffic; second, it truly realizes the traffic management requirements of one vehicle and one vehicle to prevent transmission The occurrence of vehicle-card swaps; third, the realization of fully computerized records and statistics of parking lot management fees, minimizing the loss of parking fees.

The front end of the system uses an embedded high-definition integrated camera, which can achieve millions of resolutions of video and picture bitstream output, a built-in high-performance DSP chip, support for built-in intelligent algorithms, video detection, automatic license plate recognition and other functions.

The automatic license plate recognition system with a built-in camera uses a unique texture + model algorithm. It has the characteristics of accurate positioning, fast recognition speed, high recognition accuracy, and low misrecognition rate. Perform normal capture. Transplanting the license plate recognition algorithm based on the back-end server or front-end industrial computer in the traditional model to the front-end camera, it has the characteristics of high integration, high stability, high adaptability, etc. The complex environment of actual roads can better meet the requirements of all-weather work in intelligent transportation systems.

Dynamic video recognition technology is used to identify each frame of the video stream, thereby increasing the number of recognition comparisons and greatly improving the efficiency and accuracy of recognition.

So what are the factors that affect the results of license plate recognition?

1.The impact of images on recognition

2.The effect of vehicle speed on the image

The PAL video standard adopted by our country stipulates 25 frames per second (the interval between each frame is 40 milliseconds). If the depth of field (clear image range) of the camera lens is 1.0 m. For a speed of 90 km / h (0.001 * 3600 / 0.04 = 90), the camera can only capture a clear picture of 1 frame. In order to get more clear images, you should try to increase the depth of field. The specific method is to increase the lens and reduce the full size of the CCD camera.

3, the impact of the trigger device on the image

In a Windows multitasking system, the task switching time is extremely unstable. After measurement, this time ranges from 0 to several hundred milliseconds. When the system CPU usage is high, the task switching time is very long. The CPU usage of video application systems is relatively high. The trigger device actually uses the task query method to detect the status of the I / O port, and when the set conditions are reached, the image is captured. Because the I / O port state has a certain delay from detection, the captured image may not be the clearest. This situation is more obvious when the vehicle speed is high.

4, the impact of models on the image

The influence of the vehicle model is obvious regardless of whether the ground-sensing coil or infrared trigger is used. The trigger position of the big car and the small car may exceed 0.5 meters even at low speed. When it exceeds 1 meter, the captured image may not be the clearest. of.

5.Why is the recognition speed fast?

On urban roads and national roads, the speed is generally 0 to 80 km / h. The actual vehicle detection application system should reach this speed level, and the speed should not be limited. At a speed of 80 km / h, the camera has only one clear image. The only way to accurately capture this image is to capture and identify the image frame by frame. This requires less time to capture and identify. In 40 milliseconds, in order to ensure the normal operation of the Windows system, this time had to be shortened to less than 20 milliseconds.

The intelligent traffic camera has a powerful built-in ISP processing function, which can provide functions such as video stabilization, face detection, noise filtering, automatic white balance, automatic exposure, and gamma correction, edge enhancement, etc., bringing the image quality and effects to a new level. Not only improves the user's actual perception, but also provides a good calculation and analysis basis for more intelligent applications such as license plate recognition, which fully guarantees a high accuracy of license plate recognition.

It is believed that in the next few years, with the continuous application and construction of high-definition intelligent transportation systems in various places, the automatic license plate recognition technology will gradually develop toward high-definition, integration, and intelligence. In each application system, it will continue to play its increasingly important role. Role.

安防大数据时代的IP摄像机发展下一篇： 门禁通道闸系统有什么优势？ Previous: The development of IP cameras in the era of security big dataNext: What are the advantages of access control system?
relevant information
Related Products